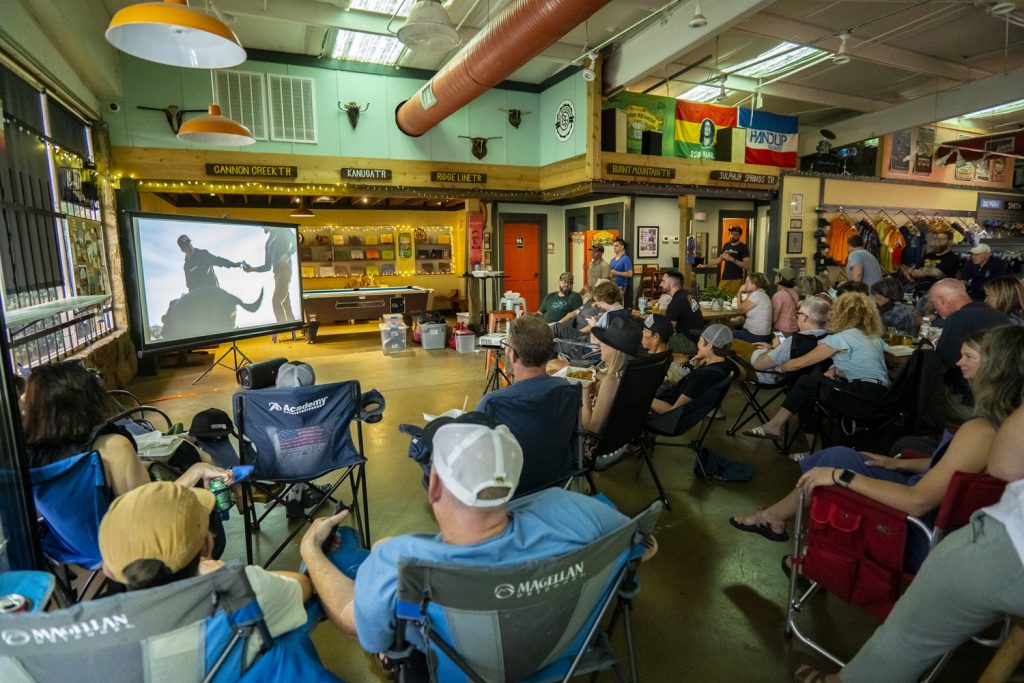 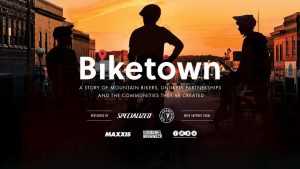 Nine different SORBA chapters hosted a Biketown movie premiere, partnering with various local businesses and organizations to raise money for their chapter and highlight the importance of trail stewardship. Whether the movie was shown at a local trailhead or a brewery just down the street, each chapter hosted successful events and had a lot of fun along the way. Read on to hear a little more about each chapters event and the success they had with hosting a movie. 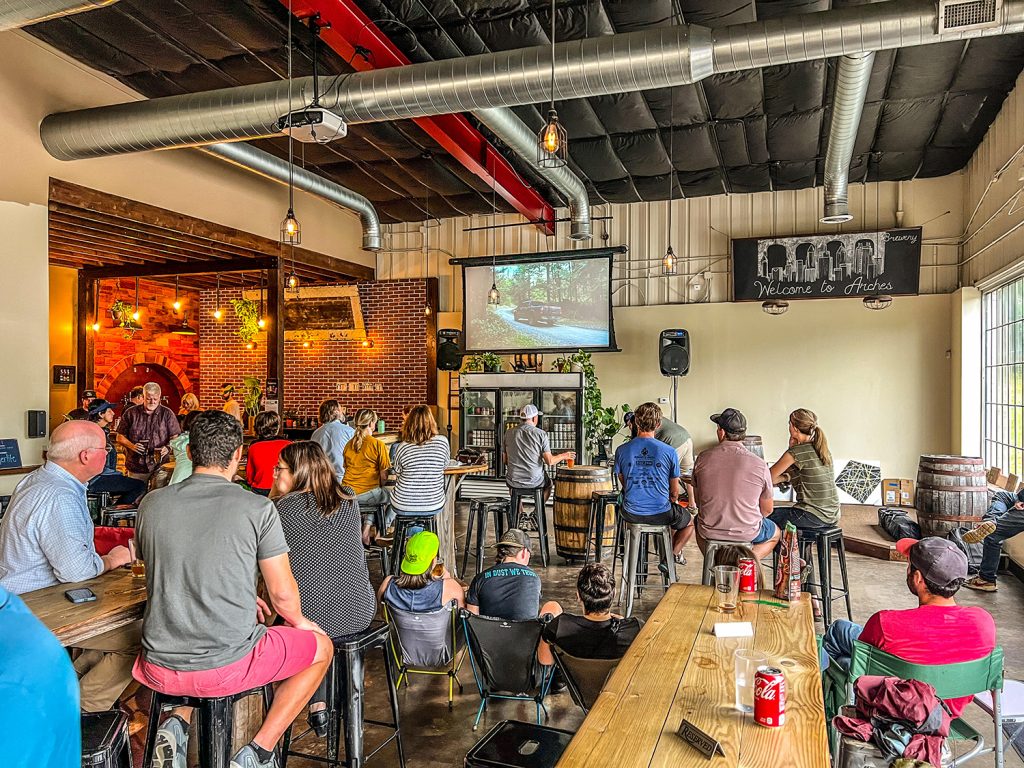 MTB Atlanta hosted their movie night at Arches Brewing in Hapeville, GA. The chapter provided dinner for the 50+ people that came out for the event. Top it off with some great brews from Arches Brewing and MTB Atlanta had an excellent event!

The North Georgia Mountain Bike Association hosted their movie premiere at the ever popular Mulberry Gap Adventure Base Camp. The event started with a group ride on the Pinhoti Trail. Following the group ride the group, social time with beers, swag raffle and an optional dinner. In total 32 people attended the movie screening raising $400 for the chapter!

Part of Cookeville Bikefest, Upper Cumberland SORBA hosted a free event for all cyclists, trail runners, hikers or anyone interested in helping their community expand the trail system to become a hub for outdoor recreation. Their Bikefest was held in Dogwood Park where they also hosted the movie premiere. In addition to the movie the chapter partnered with the city to organize activities for the kids, food trucks, craft beer options and much more. 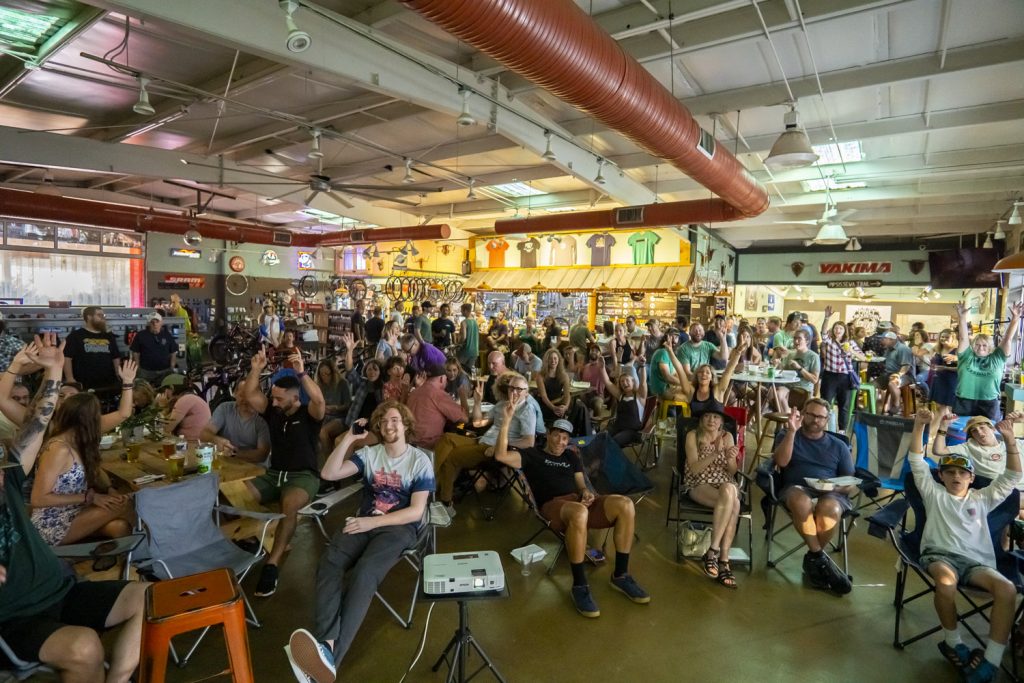 From Upstate SORBA, “Wow! We had a fantastic time on Saturday night at the Biketown movie screening. Thanks to all of the approximately 100 attendees, Piney Mountain Bike Lounge, and our raffle donors! We raised $750 for Upstate SORBA through raffle sales and we got to watch and hear some amazing stories about mountain bike communities across the country.

We are happy to say that we continue to work on all of these things in the Upstate and we hope that you will continue to support our efforts. Please see below about upcoming ways to support Upstate SORBA through volunteering.” 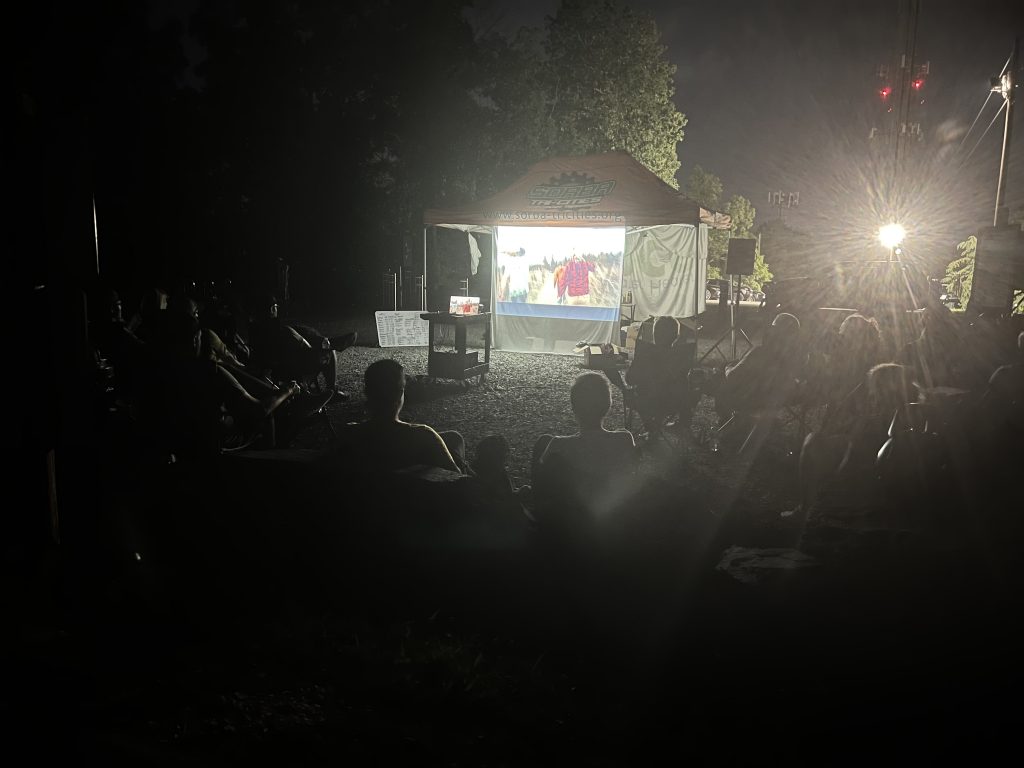 From SORBA Tri-Cities “We hosted a showing of ‘Biketown’ at the trailhead of one of our local trail systems on a Saturday night in July. The local trail system is called Tannery Knobs and it is an upside down bike park style trail where you park on the top of the knob and the trails descend and then you climb back to your car. Also there is a pumptrack at the parking area. And an awesome view of some of the surrounding mountain ranges.
We started the evening with some group rides on the trails, then hosted a pumptrack contest where we were timing laps to see who could go the fastest. We had a great crowd and everyone loved the pumptrack racing. We had speakers set up and music going so it was a great party-like atmosphere. We even set up some lights over the track with ladders and outdoor strings lights so we could do laps all the way up until the start of the movie which was after dark.
Then just a bit after the sunset, we ended up ordering pizza and giving away some swag. We are currently raising money for some new trails at Tannery Knobs, so we were able to raise a bit of money through the raffle. Thanks again to all the sponsors that helped create the video and provided swag. Then we turned on the projector and got the movie started. The movie was great and really showed the work that goes into creating and keeping local trails open. It was nice for all the viewers to see that.
In total we had probably 35-40 people come out. Everyone had a great time!”

SORBA Jax hosted their movie premiere at Tabula Rasa Brewing in Jacksonville, Fl, with additional support from ZenCog Bicycles, REI Jacksonville, United Rentals Jacksonville, The BikeBus, Tucker Cycles, and Open Road Bicycles. The movie was shown outside, under the stars, on a beautiful summer night. All together SORBA Jax had roughly 50 people attend the event and managed to raise $200 from donations! 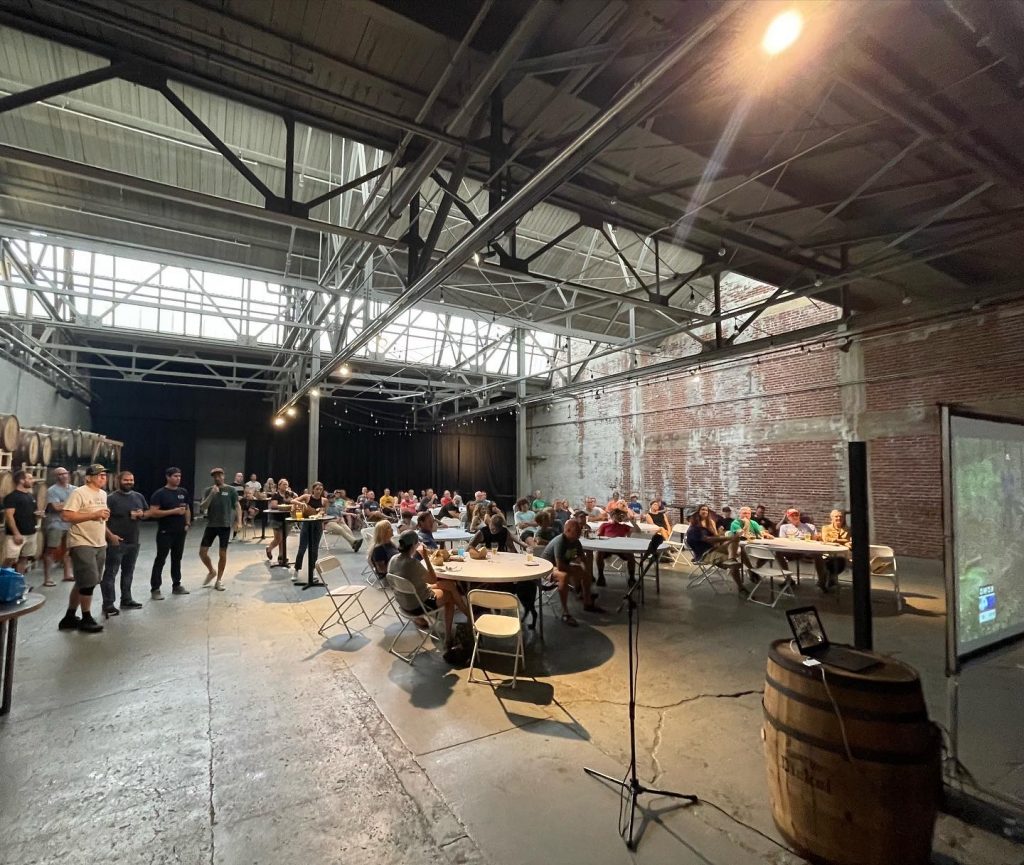 BUMP hosted their Biketown movie premiere in partnership with Cahaba Brewing in Birmingham, Al. The film was shown in the brewery’s taproom and participants made a donation to BUMP. The event saw roughly 80 individuals participate and raised roughly $550 for the chapter. Cahaba Brewing continues to be a great supporter of BUMP and the trails their chapter supports! 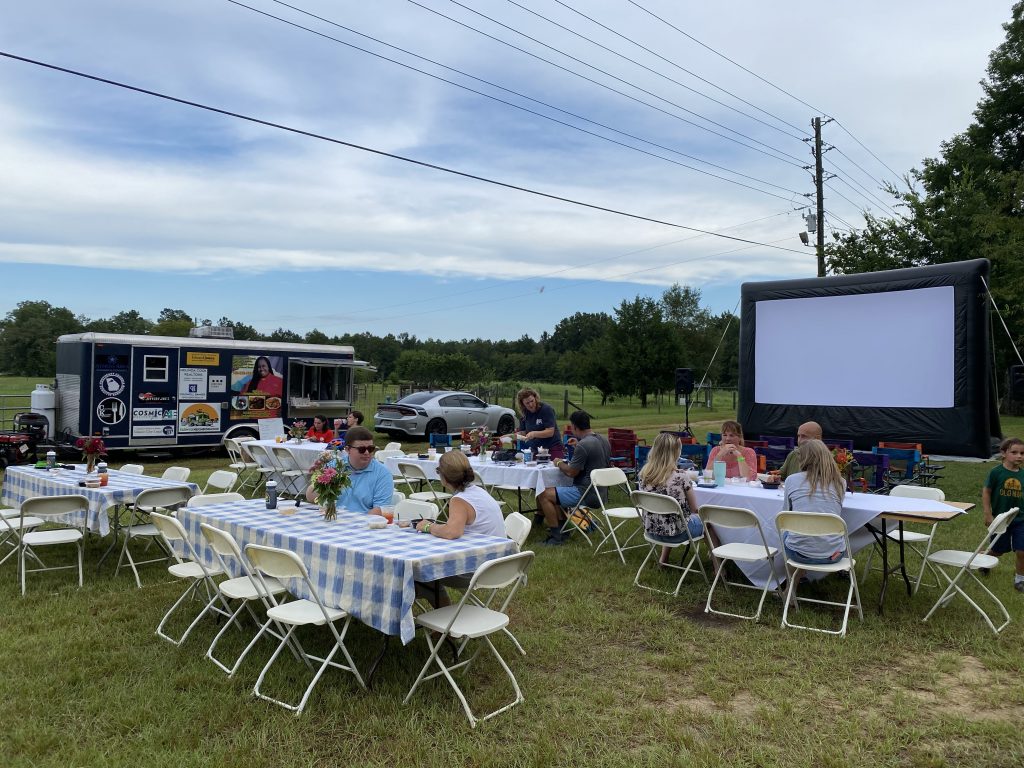 One of our newest organizations in SORBA, Hi-Lo SORBA had a great response to our Biketown Film & Trail Festival event that they hosted. The movie was shown outdoors with an open trails ride for a new 3-mile trail chapter leader Mary Charles has been working over the past 2-years to create. They also had a Jamaican food truck, farm-sourced cocktails, silent auction, raffle tickets, cornhole, face-painting, on-site custom screen printed t-shirts & more! A thunderstorm rolled in at 4pm – and thank goodness quickly moved on for their 5pm start to the event.
The chapter was able to raise $1800 for Hi-Lo SORBA with 38 people in attendance.

Biketown is now available to watch on YouTube. Check out the film!