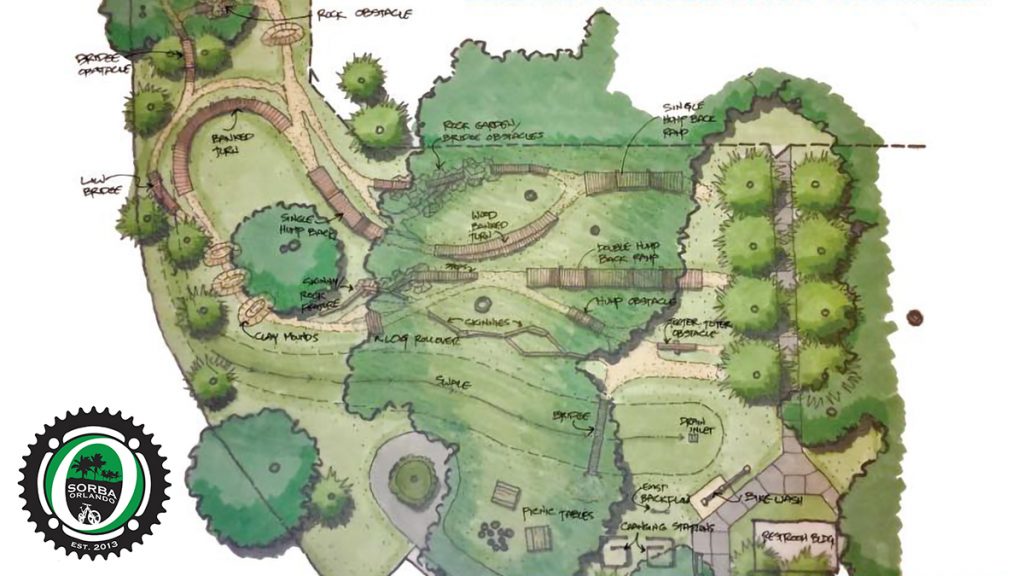 SORBA Orlando in partnership with Seminole Co., FL, will be breaking ground soon on a new skills park at Markham Woods trail system. The park already has roughly 10 miles of trail on the ground. Adding a skills park with further the diversity of riding options to the area.

The Markham Woods skills area project began 5 years ago when SORBA Orlando approached Seminole County with the concept in 2018. To help further the understanding of what a skills area can do for a community, representatives of SORBA Orlando took county officials to the popular Mt. Dora Trail and the skills area nearby.

After the trip Seminole County contacted the American Ramp Company for an estimate on building the skills area. The original bid was over $45,000, which was doubled just a year later due to Covid. Due to the increase county officials alerted SORBA Orlando that they would have to discuss whether they had the budget to proceed.

Then in late 2021 Seminole County contacted SORBA Orlando that they would like to proceed with the project and would fund the project. Final design from American Ramp Company have been approved and the project is slated to begin in spring of 2022.

Congrats to SORBA Orlando for such great work on an amazing project. And huge kudos to Seminole County, FL, for having the vision, working with our chapter, supporting the project and funding the construction. This is a great win for Florida and the Southeast! 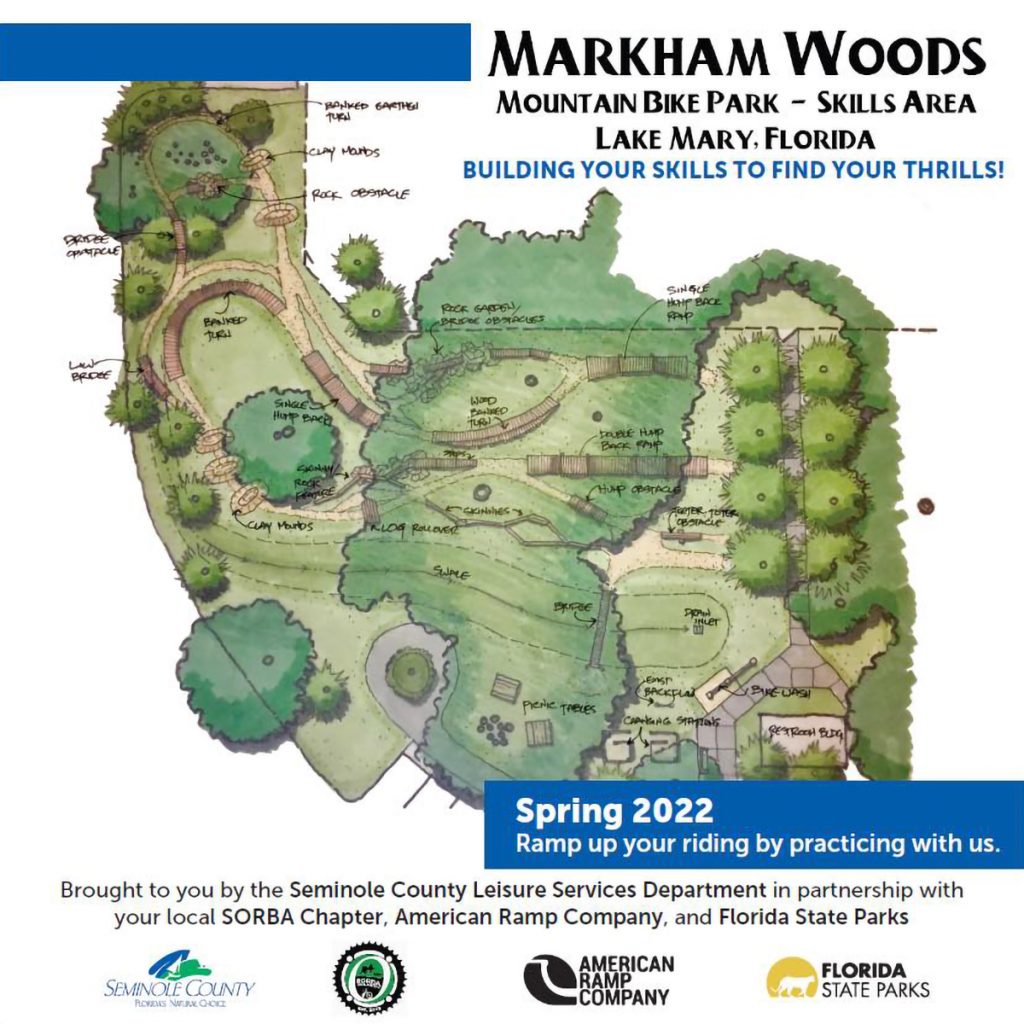