SEGA-SORBA Works To Form A Relationship 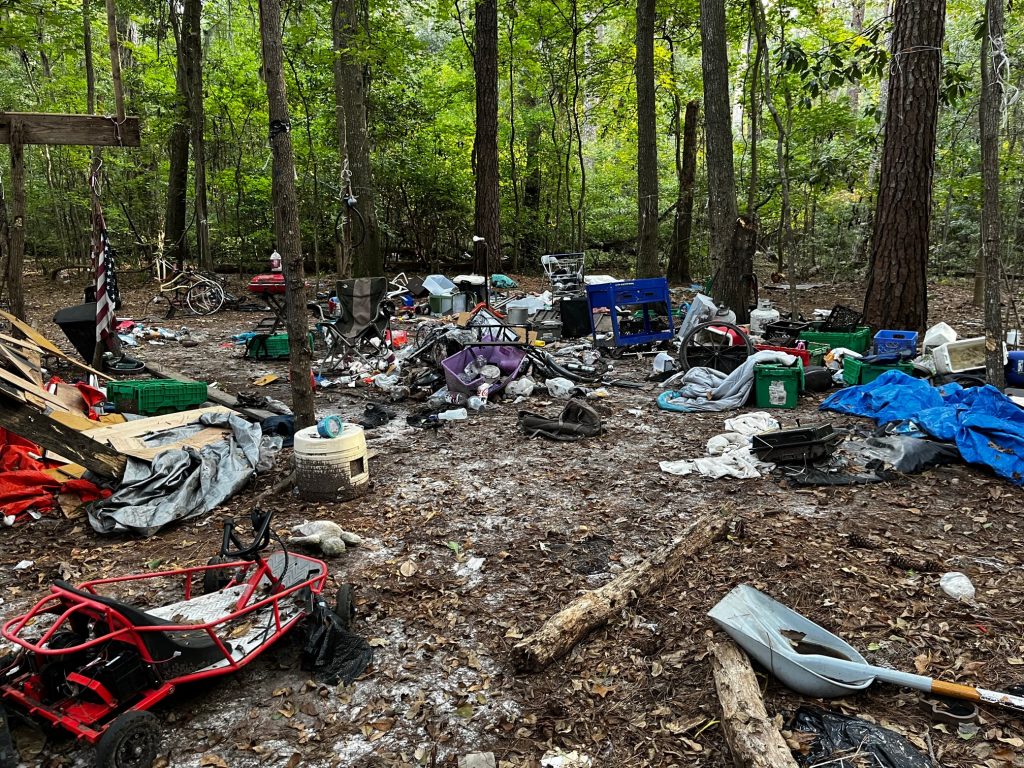 SEGA-SORBA, located in the coastal region of Georgia, has been putting in the work to develop a relationship with the City of Savannah, GA. Recently the chapter has focused on work in Tribble Park, a city park that has fallen on hard times. At one point the park was home to a lake, whose dam burst, resulting in the lake being drained. The woods within the park has seen a large group of homeless people set up camp, making the locals afraid to go in the woods. 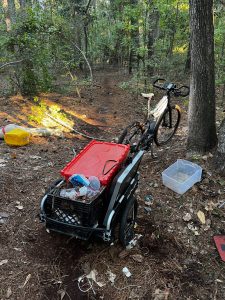 A local resident who moved from Michigan during Covid, David Englehart had approached his local alderman, Curtis Purtee, about the possibility of building trails there. David was a mountain biker and noticed Tribble had a lot of topography that Savannah usually lacks. Purtee then pushed the City to repair the lake and work with SEGA-SORBA to build a trail system.

Needing a change, the city began to make efforts to clean up the park. The homeless were removed from the park, leaving an incredible amount of trash and debris in the camp they once occupied. Volunteers from SEGA-SORBA stepped up to begin the cleanup of the trash that was left behind.

“On the day of clean up, we had most of our board, 10 SEGA-SORBA members, and 12 residents show up.” said chapter president Chad Brock. “We utilized an excavator and a board member’s skid steer to help remove all the trash in just under 4 hours. We filled an entire dumpster.” 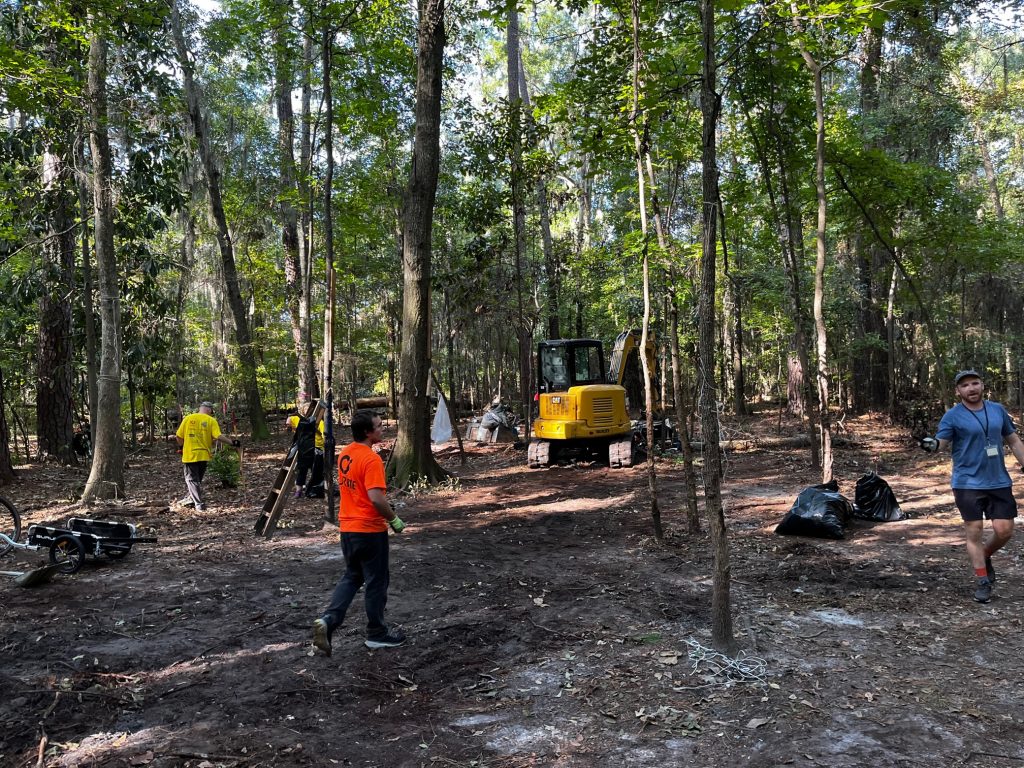 The City of Savannah has approved funds to repair the lake and has begun the process of creating an MOU with SEGA-SORBA to build and maintain mountain bike trails in Tribble Park. Chuck Taylor, a SEGA-SORBA member, and landscape architect will prepare an overall trail proposal for the park, which will get approval from the City. 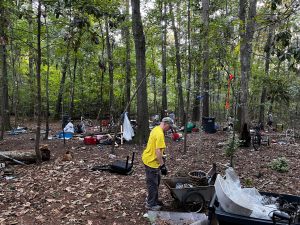 “We hope that this project will open the door to other trail projects with the City and County,” says Brock. “When local governments realize they just need to allow access and clubs like SEGA-SORBA will build and maintain the trails they start to see what a good deal it is for everyone.”

Not only will local mountain bikers benefit from the efforts of SEGA-SORBA. The local neighborhood association is “ecstatic” about the efforts our chapter has put into cleaning up the park. Great job by SEGA-SORBA and all of their volunteers. It’s sweat equity like this that shows the value of our organizations and begins great relationships with our chapters and land managers.