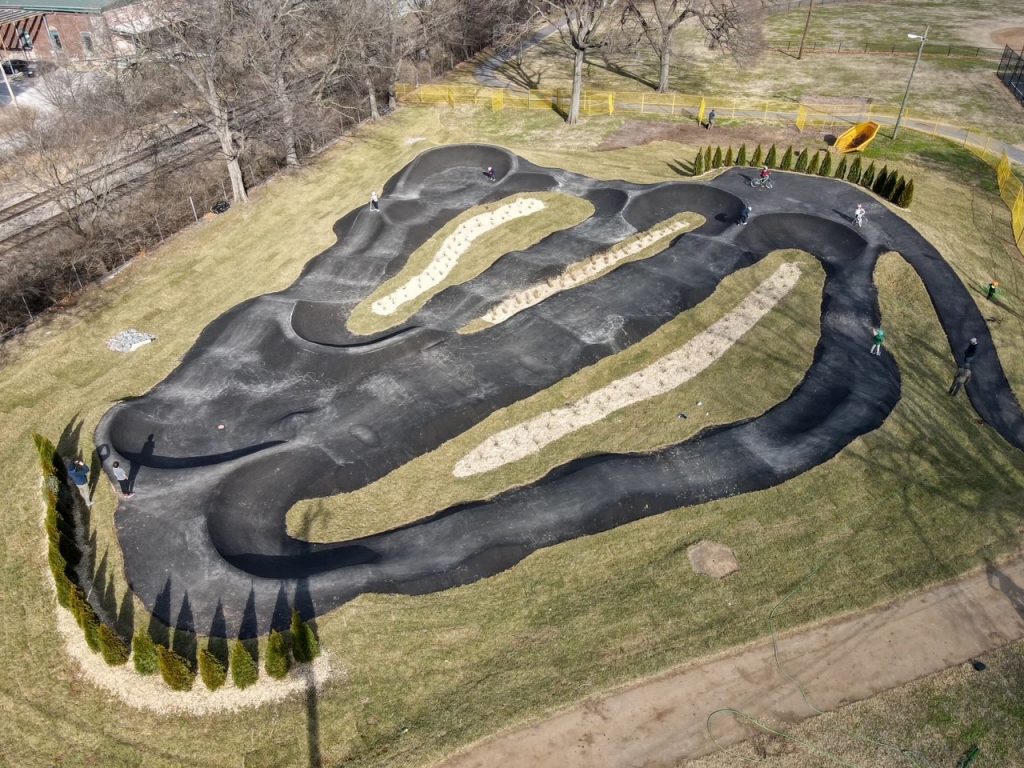 The Watkins Park Pumptrack, in Nashville, TN is a project almost four years in the making. Oasis Bike Workshop and SORBA Mid-TN presented Metro Parks with an opportunity for youth and community members to join together to create a safe space to ride their bikes in a North Nashville public park. With the help of other collaborators and funders, including Nashville Parks Foundation, Metro Public Health Department and SORBA Mid-TN, and with Rock City Construction serving as general contractors and Pumptrax USA serving as builders, the park was able to become a reality.

Founded in 1901, Watkins Park was the first park established in Nashville’s municipal park system. Likewise, the Watkins Pumptrack has become Nashville’s first bike park in the urban core of our city. Environmentally speaking, this project took currently underutilized government-owned property and transformed it into a functional bike park in which cyclists of all ages and skill levels can hone their biking abilities. 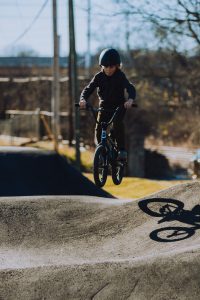 For almost thirteen years, the Oasis Bike Workshop has worked with youth in the community of North Nashville to help them rebuild bicycles through their earn-a-bike program. Participants in this free program ride away with their own bicycle, as well as a new helmet, lock, lights, toolkit and a bit of grease under their fingernails as proof of their new skill set.  You will even find some of their graduates working in bike shops around town.

Many of the youth participants build Mountain or BMX bikes but do not have access to trails or a park to build their skills. North Nashville has disproportionately limited access to greenways, bikeways, public parks, etc. The limitation of healthy lifestyle options is especially detrimental to the area of North Nashville, which already faces harsh socio-economic conditions, as well as having the highest rate of residents living in poverty in all Nashville’s 35 districts. Low access to healthy food choices, fewer physical activity resources, stress from income insecurity and numerous other social factors all amount to higher risks of obesity and other health-related issues. Fortunately, even though the park has been open for only one week, it has already had hundreds of users and has become a meeting place for wheeled-enthusiasts from all over. The park has also acted as a great recruiting spot for Oasis Bike Workshop’s NICA Mountain Bike Team, with youth from the neighborhood joining and utilizing the park for off-season training and will most certainly be utilizing SORBA Mid-TN’s trail systems with the team as the season approaches.

Great work by SORBA Mid-TN and partners. Check out the Instagram for Watkins Park Pumptrack. 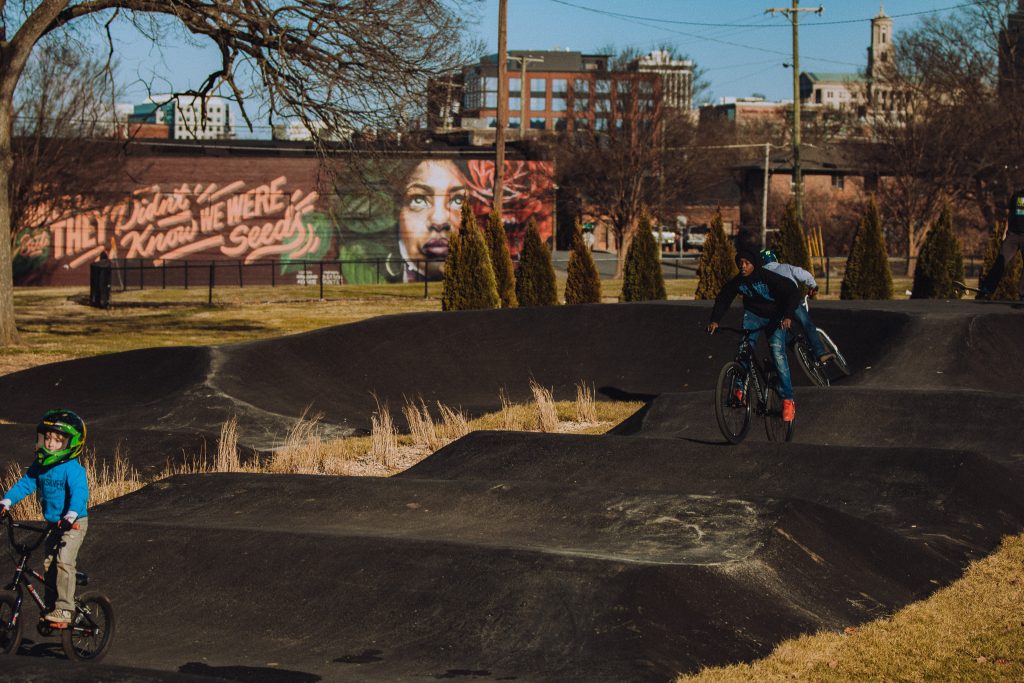